After her Scottish village is attacked, 12-year-old Dory must flee her home without her family. Once the granddaughter of the chief, now branded a fugitive, Dory begins a dangerous journey trekking through the Scottish wilderness and crossing the Atlantic in disguise in order to reach the distant and unfamiliar Massachusetts Bay Colony in the New World. There she must survive a crisis that is quite different from the one in Scotland but no less fatal, the Salem Witch Trials. The year is 1692 and Dory is plunged into mayhem on both sides of the ocean.

Praise for A Little Wicked
“…readers will learn a lot about resilience and Scottish identity.” – Publisher’s Weekly

“A Little Wicked evokes themes of survival, rebellion, and identity just as vividly as the most popular fantasy novels for young people.” – Amazon.com Reader

“The author writes from the viewpoint of the female child character Dory, making the story highly relatable as well as understandable to young readers. Readers will gain a strong idea of customs, daily life, and government for those living in 1692 in England, Scotland, and The New World…” – Michelle Robertson for Reader Favorites

“Writing with both discipline and creative abandon, Macreery gives studious attention to detail as each carefully crafted sentence flows fluidly to the next.” – Amazon.com Reader

“…fast-paced style that kids are used to from their favorite fantasy-adventure books.The book is full of historical and cultural details, with touches of Scottish folklore leaving open the possibility of the supernatural.” – Goodreads Reader 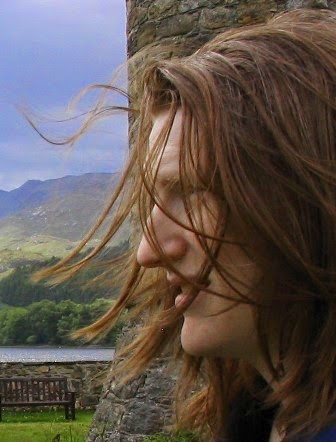 About the Author
Janet’s parents never had to emphasize the importance of reading; they both genuinely love to read. That love of literature transferred to Janet, her sister and brother as they grew up in suburban New Jersey. College took Janet to Pennsylvania where she met her husband. Proud of her homeland and her heritage, Janet and her husband read about and travel the United States and Scotland to learn more about the history and culture of both countries and currently live in the shadow of Washington, DC in Northern Virginia.