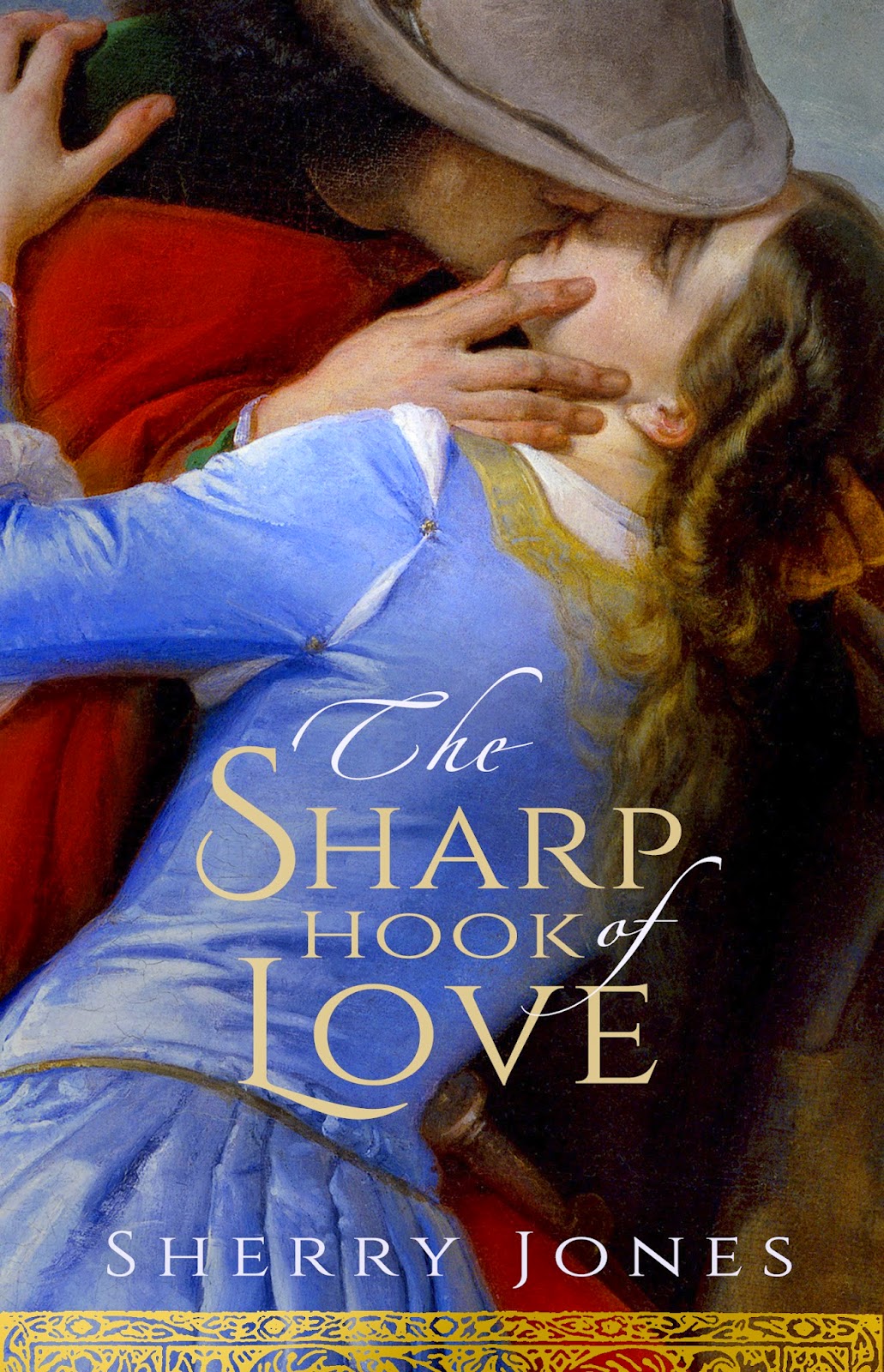 Heloise and Abelard and the Happily-Ever-After Ending

Woe to those critics of my new book THE SHARP HOOK OF LOVE who, hooked by the cover, hoped for a sweetness-and-light romance with an HEA (Happily-Ever-After) ending. But then, it’s unkind of me to send them woe, since that’s what these readers are trying to escape from.

No one understands misery better than I. I grew up in an abusive household with two dysfunctional parents and no other family nearby — hence, no support system. It’s no wonder I fell, for a time, for the ultimate HEA ending: the promise of an eternally sweet hereafter in a heavenly city with gold-paved streets and unremitting bliss.

The longing for a life without suffering is as old as we are. Anthropologists think organized religion began around the same time humans began growing our food instead of hunting and gathering. Hoping not to starve, we began praying to the sun for shine and to the clouds for rain — fruitless efforts, no doubt, except that they helped us feel better, as though we had some control over our lives.

And yet, I wonder about the HEA mindset. What would it be like, a life without struggles, challenges, obstacles, frustrations, conflicts, heartaches, setbacks, sorrows, or discomfort of any kind? Odysseus had it with Calypso on her idyllic island, Ogygia, but seven years of pleasure took its toll and boredom set in. He couldn’t wait to get away from all that great food and sex, perfect weather, and instant gratification.

Heloise suspected not, and it’s one reason she initially said “no” to Abelard’s proposal of marriage, as Abelard wrote in his autobiography:

Consider, she said, the true conditions for a dignified way of life. What harmony can there be between pupils and nursemaids, desks and cradles, books or tablets and distaffs, pen or stylus and spindles? Who can concentrate on thoughts of Scripture or philosophy and be able to endure babies crying, nurses soothing them with lullabyes, and all the comings and goings of men and women about the house?

These were prescient questions, especially for their time, when marriage and children were not only de rigueur for women, but absolutely required for those of Heloise’s exalted socio-economic class. But then, theirs would have been a marriage made for love, not to create heirs. Perhaps Heloise could see the fallacy inherent in that arrangement.

Nipped in the bud — a good thing?

The love affair of Heloise and Abelard, by scholars’ accounts, lasted no more than a couple of years. Take into account the weeks, if not months, they spent resisting their sinful desires before finally succumbing to temptation, and it seems they barely had time for the pheromones to subside before the Church and Heloise’s uncle ripped them apart. What if they’d openly married, instead, forsaking their scholarly — Church-controlled — careers and devoting themselves to domestic life?

Would they have lived Happily Ever After?

By the time their love affair ended, Abelard was starting to feel a bit bored with the relationship, it seems. His visits with Heloise became “few and furtive,” necessary to avoid being discovered, he wrote — this from the man who had loved with such reckless abandon that he’d sung Heloise’s praises to his students in class when he was supposed to be teaching philosophy.

Had they remained together, what would their lives had been like?

Without the prebends and benefices of a canon, Abelard would have been forced to reclaim his inheritance, and become lord of the family castle in Le Pallet, a tiny rural outpost in the hinterland of Brittany — the very life he’d rejected, withdrawing, he wrote, “from the court of Mars in order to be educated in the lap of Minerva.”

There they would have lived, secluded from the stimulating life of the mind both enjoyed so much in Paris. Would discontent have ensued, and bickering? Would Abelard had turned to drink, or the servant girls? Would Heloise have become another Xanthippe, the supposedly quarrelsome wife of Socrates whom she’d held up as an example of why she and Abelard should not marry?

Parted from each other at the height of their passion — or just when it was beginning to wane — the lovers were free, then, to remember the good times and even to invent their own fairy-tale endings by drawing from the realm of the might-have-been.

And when Abelard became deathly ill, 25 years after saying good-bye to Heloise, he asked the Church to let him live his final months in the convent where she was abbess. Denied the request, he asked that his body be entombed at her Oratory of the Paraclete so she might pray over him daily. He did not want to be forgotten by her — and he was not. She did as he asked, for 20 years. Before she died, she asked to be buried in the same coffin with him. 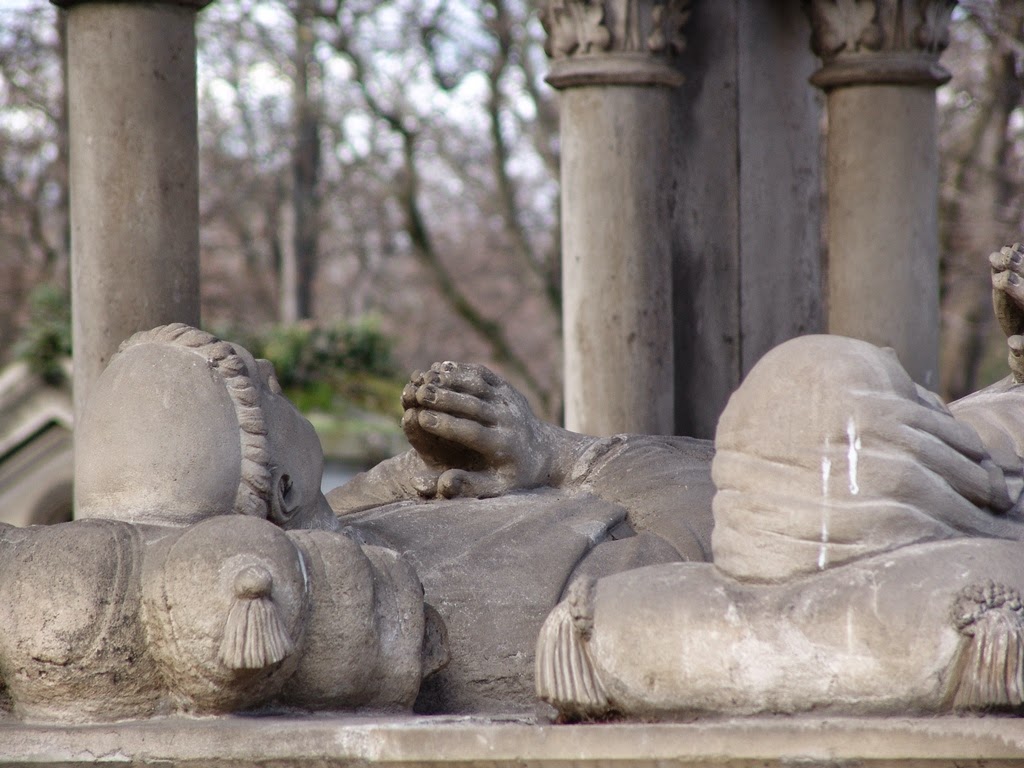 “When her dead body was carried to the opened tomb,” an anonymous witness wrote, “her husband, who had died long before her, raised his arms to receive her, and so clasped her closely in his embrace.”

Now, that’s my kind of HEA.

To read the first two chapters of “The Sharp Hook of Love” and to see a video about the lovers, sign up for Sherry’s newsletter at www.authorsherryjones.com/swag.

The first retelling of the passionate, twelfth-century love story since the discovery of 113 lost love letters between Heloise d’Argenteuil and Pierre Abelard—the original Romeo and Juliet.

“While I sleep you never leave me, and after I wake I see you, as soon as I open my eyes, even before the light of day itself.” —Abelard to Heloise

Among the young women of twelfth-century Paris, Heloise d’Argenteuil stands apart. Extraordinarily educated and quick-witted, she is being groomed by her uncle to become an abbess in the service of God.

But with one encounter, her destiny changes forever. Pierre Abelard, headmaster at the Notre-Dame Cloister School, is acclaimed as one of the greatest philosophers in France. His controversial reputation only adds to his allure, yet despite the legions of women swooning over his poetry and dashing looks, he is captivated by the brilliant Heloise alone. As their relationship blossoms from a meeting of the minds to a forbidden love affair, both Heloise and Abelard must choose between love, duty, and ambition.

About the Author
Sherry Jones is the author of five biographical fiction books: The Sharp Hook of Love, about the famed 12th-century lovers Abelard and Heloise; The Jewel of Medina and The Sword of Medina, international — and controversial — best sellers about the life of A’isha, who married the Muslim prophet Muhammad at age nine and went on to become the most famous and influential woman in Islam; Four Sisters, All Queens, a tale of four sisters in 13th century Provence who became queens of France, England, Germany, and Italy, and White Heart, an e-novella about the famous French “White Queen” Blanche de Castille.

For more information please visit Sherry Jones’s website. You can also find her on Facebook, Twitter,YouTube, and Goodreads.