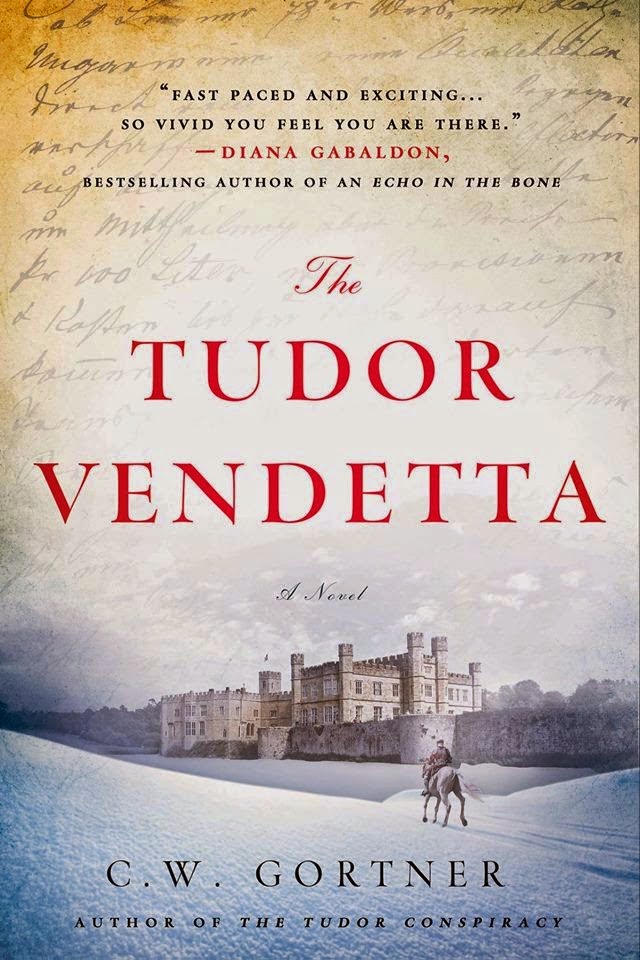 Elizabeth I: An Uncertain Beginning

In THE TUDOR VENDETTA, the third and final book in my Elizabeth I Spymaster Trilogy (Elizabeth’s Spymaster in the UK), I decided to focus on the first uncertain, tumultuous months leading up to Elizabeth I’s coronation. Although this novel is perhaps the most fictionalized of the three in the series, in that the mystery which Elizabeth’s private spy must uncover remains unsubstantiated by historical evidence, the setting I depict is not.

It’s almost impossible for us to believe now that Elizabeth Tudor faced an uncertain future upon her accession. Her forty-five year reign has been so cemented in our imagination as one of unmitigated triumph that we take it as a given. Her ability to steer past the shoals of religious discord and enmity of Catholic powers both abroad and in her realm, as well as her astonishing lack of compromise when it came to marriage, have made her an icon: the Virgin Queen, Gloriana, who once said she already had a husband, for she was “married to England.”

Nevertheless, the twenty-five year old princess who claimed the throne in November 1558 was, while superbly educated and politically savvy, still untried as a ruler. Indeed, she faced a myriad of issues that might have overwhelmed anyone but her. After her sister Mary I’s disastrous five-year reign—a portion of which is depicted in the second novel of the series, The Tudor Conspiracy— England teetered on the brink of ruin. Mary’s fervent persecution of Protestants had turned the country upside down, exiling or destroying many of the affluent merchants who upheld the Reformed Faith and formed the backbone of economic stability. Her ill-fated marriage to Philip of Spain had turned popular opinion against her, a tragic side-effect of her determination to see England restored to Rome, which annihilated the initial wave of support from her subjects that saw her to the throne. In addition, her economic policies had debased the coinage even further—an ongoing issue that had bedeviled her predecessors, and now fomented severe discontent, with the strife over the enclosure or sale of monastic lands begun under Henry VIII, a long-gnawed bone of contention between nobility and commoners.

Elizabeth thus inherited a legacy of intolerance, brutal reprisal, and financial chaos; she also was considered nearing her middle years, as surprising as this might seem to us, because of overall life expectancy in her era, and of her family, in particular. The need to marry and produce an heir was therefore paramount to her advisors, most particularly William Cecil, who had safeguarded her during the years before her accession. Marriage was deemed not only vital to shoring up her reign, but also to protecting her from foreign aggression, now personified by her cousin, Mary of Scots, the dauphine of France by virtue of her marriage to the French king’s heir. Catholics by and large believed Mary of Scots held the superior right to the English throne, based on the contention that Henry VIII’s marriage to Elizabeth’s mother, Anne Boleyn, had been illegal. Many Catholics deemed Elizabeth a bastard usurper, including the pope himself.

Elizabeth’s famous motto of video et taceo ("I see, and say nothing") may have arisen as she began to realize just how tenuous her reign could be. She is renowned for not wanting to “make mirrors into men’s souls”. Perhaps this, above all else, was her most defining characteristic. She did not believe that prying into private matters, religious or otherwise, would serve her in the long run—a rare stance for any ruler, much less an untried one, yet one which, as history would show, served her well.

In THE TUDOR VENDETTA, we meet Elizabeth in the first weeks of her much-vaunted reign—here, she is a woman who has survived more in her youth than many experience in a lifetime, having navigated the seesaw of favor and disfavor, the stigma of illegitimacy, the scandals that marred her adolescence, and even a terrifying imprisonment in the Tower. But she is not yet the Elizabeth who will eventually emerge from the forge of trial-and-error; she is not the white-faced, oversize-gowned sovereign of legend.

She is still a new queen, determined but unproven, treading on thin ice. She dreams of being the savior of her nation, but her path to glory will be arduous—and she may lose everything if she fails to protect one potentially fatal secret.

I hope you enjoy exploring this exciting time in one of history’s most dramatic eras. To learn more about THE TUDOR VENDETTA and my other books, please visit me at www.cwgortner.com

Winter, 1558: Elizabeth I has ascended the throne but the first days of her reign are already fraught with turmoil, the kingdom weakened by strife and her ability to rule uncertain.

Summoned from exile abroad at the new queen’s behest, Brendan Prescott arrives in London to face his shattered past. He soon finds himself pitted in deadly rivalry with his life-long foe, Robert Dudley, but when a poison attempt overshadows the queen’s coronation, Elizabeth privately dispatches Brendan on a far more dangerous assignation: to find her favored lady-in-waiting, Lady Parry, who has vanished in Yorkshire.

Upon his arrival at the crumbling sea-side manor that may hold the key to Lady Parry’s disappearance, he encounters a strange, impoverished family beset by grief, as well as mounting evidence that they hide a secret from him. The mystery surrounding Lady Parry deepens as Brendan begins to realize there is far more going on at the manor than meets the eye, but the closer he gets to the heart of the mystery, the more he becomes the quarry of an elusive stranger with a vendetta— one that could expose both his own buried identity and a long-hidden revelation that will bring about Elizabeth’s doom.

From the intrigue-laden passages of Whitehall to a foreboding Catholic manor and the prisons of the Tower, Brendan must risk everything to unravel a vendetta that strikes at the very core of his world, including his loyalty to his queen.

The Tudor Vendetta is the third book in Gortner’s Elizabeth I Spymaster Trilogy.

Praise for The Tudor Vendetta
“Fast paced and exciting, with a most engaging hero . . . So vivid, you feel are there!” – Diana Gabaldon, bestselling author of the Outlander series

“Suspense, intrigue, betrayal and deadly rivalry: What more can you ask for? A swashbuckling, perilous adventure.” – M.J. Rose, bestselling author of The Reincarnationist 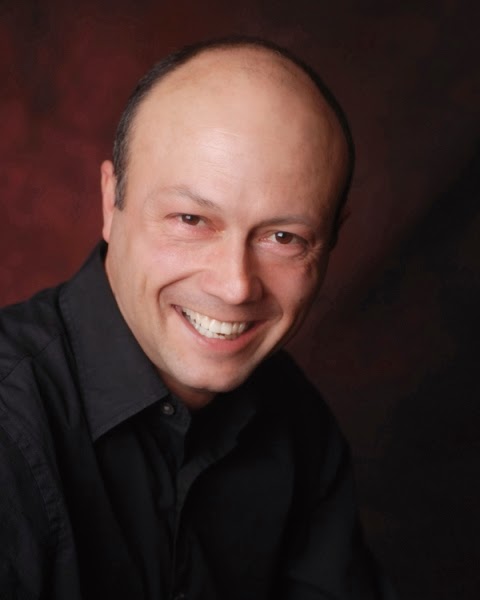 About the Author
C.W. GORTNER holds an MFA in Writing with an emphasis in Renaissance Studies from the New College of California, as well as an AA from the Fashion Institute of Design and Merchandising in San Francisco.

After an eleven year-long career in fashion, during which he worked as a vintage retail buyer, freelance publicist, and fashion show coordinator, C.W. devoted the next twelve years to the public health sector. In 2012, he became a full-time writer following the international success of his novels.

In his extensive travels to research his books, he has danced a galliard at Hampton Court, learned about organic gardening at Chenoceaux, and spent a chilly night in a ruined Spanish castle. His books have garnered widespread acclaim and been translated into twenty-one languages to date, with over 400,000 copies sold. A sought-after public speaker. C.W. has given keynote addresses at writer conferences in the US and abroad. He is also a dedicated advocate for animal rights, in particular companion animal rescue to reduce shelter overcrowding.

C.W. recently completed his fourth novel for Ballantine Books, about Lucrezia Borgia; the third novel in his Tudor Spymaster series for St Martin’s Press; and a new novel about the dramatic, glamorous life of Coco Chanel, scheduled for lead title publication by William Morrow, Harper Collins, in the spring of 2015.

Half-Spanish by birth and raised in southern Spain, C.W. now lives in Northern California with his partner and two very spoiled rescue cats.

Giveaway
To win a complete set of CW Gortner’s Spymaster Chronicles Trilogy please complete the Rafflecopter giveaway form below. Giveaway is open to US residents only.

Giveaway ends at 11:59pm on November 28th. You must be 18 or older to enter.
Winner will be chosen via Rafflecopter on November 29th and notified via email.
Winner have 48 hours to claim prize or new winner is chosen.