A Personal Secret, Governor Simcoe, and the Land Grants

“You. What are you waiting for?” the man barked. “Take this pile out to the sleigh.” His eyes were on John whose military training kicked in. With nary a word of protest, he grabbed the indicated bundle and followed an Indian, similarly encumbered, out the door. They emptied their arms and headed back inside. John hesitated to interrupt the man for surely this was the famous Governor Simcoe who was ordering the loading of all the supplies, for what reason he could not guess.

When the room was emptied and the sleigh loaded, everyone went their own way; John saw his chance.

“Sir,” he called as the Governor turned away and made for the door that led further in to Navy Hall. “Sir,” he almost shouted at the retreating figure. “I must speak with you.”

“And who are you?” the booming voice called out as Governor Simcoe turned back.

“I am John Garner, late of this township but now of Bertie Township.” The governor took a couple of steps toward John. “And what do you need of me at this awkward and extremely inconvenient time, my good man.”

“Yes, what about them? You have one already, don’t you?” He almost shouted, his face so close to John’s that his sharp woodsy scent combined with the sweaty smell of a man of action rendered John speechless. He stood a moment, felt his head nodding, and then continued.

“I, I need proof, sir. A proper deed. Of ownership.” He stopped and waited. In less time than a heartbeat the Governor turned on his heel and headed for the door. Over his shoulder he hollered, “Come with us tomorrow. We’ll talk on the trail.”

~From The Loyalist’s Luck by Elaine Cougler

These words hurriedly flipped over Governor Simcoe’s shoulder at John, start a short section in The Loyalist’s Luck. John thinks he has agreed to accompany the Governor for a couple of days on the trail. I could have left this section out entirely but I wanted to show more of the conditions in Upper Canada in the 1790’s and Governor Simcoe’s profound influence on early Canada.

The real secret behind this is that I grew up a mile from the Governor’s Road near Woodstock so that all my life I have known about Governor Simcoe. What a wonderful chance it was for me to explore him and his uniquely talented wife as I embarked on this Loyalist trilogy.

And everything I read about this Governor from Britain was positive. He had a vision for this new land and did all he could to fulfill it. Because the revolution with the Americans was so recent and the border with them so close, he did all he could to settle United Empire Loyalists along that border. Those whose loyalty was more in doubt, he placed in the back settlements.

He travelled to Detroit with native guides, walking most of the way and back in five and a half weeks and along the way picked out a spot at the forks of the Thames (renamed from the La Tranche) River for New London, now London. I brought this trip to light in The Loyalist’s Luck.

Of course I have other reasons for including this section but I don’t want to spoil the story so will leave you to find them yourself.

When the Revolutionary War turns in favor of the Americans, John and Lucy flee across the Niagara River with almost nothing. They begin again in Butlersburg, a badly supplied British outpost surrounded by endless trees and rivers, and the mighty roar of the giant falls nearby. He is off on a secret mission for Colonel Butler and she is left behind with her young son and pregnant once again. In the camp full of distrust, hunger, and poverty, word has seeped out that John has gone over to the American side and only two people will associate with Lucy—her friend, Nellie, who delights in telling her all the current gossip, and Sergeant Crawford, who refuses to set the record straight and clear John’s name. To make matters worse, the sergeant has made improper advances toward Lucy.

With vivid scenes of heartbreak and betrayal, heroism and shattered hopes, Elaine Cougler takes us into the hearts and homes of Loyalists still fighting for their beliefs, and draws poignant scenes of families split by political borders. The Loyalist’s Luck shows us the courage of ordinary people who, in perilous times, become extraordinary. 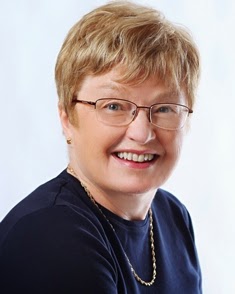 About the AuthorA lifelong reader and high school teacher, Elaine found her passion for writing once her family was grown. She loves to read history for the stories of real people reacting to their world. Bringing to life the tales of Loyalists in the American Revolutionary War and the War of 1812 is very natural as Elaine’s personal roots are in those struggles, out of which arose both Canada and the United States.

For more information please visit Elaine Cougler’s website. You can also find her on Facebook, Twitter,Google+, and Goodreads.