Writing About Nuns and What I (Re)Learned Along the Way


We all know about nuns, right? They wear rather unattractive clothing, or they did before the Church relaxed its restrictions on dress in the late twentieth century. They are stern, upright, devout. They selflessly dedicate themselves to God and to helping others, without thought for their own comfort or pleasure.

Well, yes and no. I was raised Catholic, and many members of my family still attend the Roman Catholic church. Only one distant aunt was actually a nun, but we’ve all seen quite a few holy women up close and personal. So when I began my series, The Cross and the Crown, and decided to begin in a convent that was being dissolved by Henry VIII, I thought I would get a different look at nuns.

The nuns I have known are certainly devout women. They are also well-educated and often quite funny. Nuns work hard, both physically and mentally, and they often develop a hearty, earthy sense of humor to cope with the strains of daily life. They’re generally pretty healthy, emotionally, and they don’t hesitate to say what they think. Nuns get tired and cranky, like all of us, and sometimes they blow off steam. Sometimes they curse. Sometimes they tell a cutting truth.

When I began researching Renaissance nuns, I expected something more “old fashioned.” The Renaissance was a time of great religious piety, of course, even as the Church split into Roman Catholic and Protestant factions. Nuns tended to be more cloistered than is common nowadays. Women had fewer rights, and they were expected to be obedient—and quiet. So nuns would generally have been more meek. Wouldn’t they?
In fact, Renaissance nuns often became quite powerful women. The convents, though overseen by the male-dominated church hierarchy, were also relatively self-sufficient small communities, and day-to-day operations fell to the women who lived in them. Abbesses and prioresses were also managers, financial executives, and personnel directors; other nuns oversaw the business production of the convent; lay sisters often took care of the cooking and cleaning.

Convents were centers of business. The nuns cared for the sick, educated girls, employed local laborers, and traded in textiles, lumber, and farm animals. The women often excelled at needlework, manuscript copying and illuminating, and the raising of sheep and cows. All convents were sites of learning, and women who lived there had a much higher chance of becoming literate than those of any other class, except perhaps the royals.

When I began to dig more deeply into the nuns of sixteenth-century England, I was very surprised to find how meager the source material is. The biggest shock was to discover how many of these intelligent, well-educated women simply disappeared from the historical record. We know about a few, mostly from noble families, who returned to their original homes and, in keeping with Henrician law, remained single members of private houses. Many—we don’t know the numbers—surely escaped to the continent, as some records indicate that English nuns arrived in other European convents. A few records from East Anglia suggest that some nuns who either couldn’t or didn’t want to return to their birth families set up private, small households together and made their livings teaching local children or performing other acceptable “female” tasks like spinning, weaving, or selling farm goods.

I think inevitably of Mary Tudor, Henry VIII’s elder daughter, and Anne of Cleves, his fourth wife. Both of these women, while not nuns, stuck to their Roman Catholic beliefs. Mary suffered her father’s wrath and capitulated to him, at least in his presence. Anne, being the savvy politician that she was, also obeyed his dictates that she never marry after he divorced her and seems to have practiced her faith in private.

I don’t know of any credible sources that provide evidence of an uprising on the part of English nuns or of nuns actually taking part in any plots against the king or country. Mary Tudor tried to reverse the Reformation, but her bloody tactics earned her a post-mortem reputation for violence—and she was queen when she did it, after all. Anne died a beloved figure in the English court, but she remained a largely reserved person and kept her own counsel.

The information we have about the personalities of English nuns is derived largely from Reformation propaganda. Like the monks, they were characterized as luxury-loving, corrupt, lazy about their prayers, and lascivious in their personal lives. Is this true? Probably, for some. Others were undoubtedly holy in manners and thought. It’s difficult to read through politically-motivated descriptions.

At the same time, we also have the biographies of two notable religious women of an earlier period: Julian of Norwich and Margery Kempe. Julian seems to have been our ideal: selfless, God-centered, merciful, and original in her thinking. Margery was business-minded, sharp-tongued, sexually active, and vain about her clothes. They were both dedicated to understanding God and speaking about their religious experiences. One was mostly loved; the other often reviled.

This brings me to the one thing that has come through in my research is this: Roman Catholic women—and this surely includes the nuns—were, well, people. And like people today, including religious people, they were flawed, egotistical, and self-serving. They probably also got angry at each other, felt jealousy, and said unsavory things from time to time.

The Renaissance nuns, however, were also highly-respected, well-educated women who believed in their God and their calling. They worked hard, and they suffered under the king. Some made their way in court; others disappeared into the fog of time. I’ve tried, in both The Altarpiece and City of Ladies, the second book in my series, to show these many sides of Renaissance religious women. Does their tenacity continue to surprise me? Yes, it does. But it’s also familiar enough that I feel almost as though I know them, because they remind me, again and again, of women today.

ABOUT THE BOOK
When we first met her in THE ALTARPIECE, Catherine Havens was a young Tudor nun seeking safety and a future. By the end of that novel, Catherine was safe but her future was decidedly uncertain. In CITY OF LADIES, Catherine is now a wife and mother. Her husband, William, is concerned that Catherine’s old friends—displaced nuns with nowhere else to go—are now a part of their home. He knows that dangerous whispers abound that Catherine and her friends have created a convent in a new form. When ladies go missing and as bodies turn up, William sends Catherine away in a scheme that will place them closer to court and hopefully closer to King Henry’s heart: he sends Catherine to Hatfield House to help in the care of little Elizabeth. The problem is that there is another guest in the house as well, one who has Catherine’s sympathies: Mary Tudor.

CITY OF LADIES is a suspenseful and beautifully told story of a young woman making her way during a treacherous time.

SELECTED PRAISE
“Having chosen William Overton, Catherine Havens Overton, in Book Two of the Cross and the Crown series, now struggles to manage her wifely duties in his house, where her extraordinary gifts in physic and healing are feared as witchcraft as well as sought after by all, creating a difficult and dangerous situation. Filled with drama, suspense, vivid scenes and larger-than-life characters, City of Ladies fast becomes impossible to put down….Kennedy is clearly as gifted as her main character, almost supernaturally at home in the 16th century as she combines the striking vocabulary of the time with her own poetic talents to create a rich and original tapestry of language. Such writing! Sarah Kennedy brings a lost world blazingly to life.”—Lee Smith

“….In City of Ladies Kennedy takes her place with Daphne du Maurier, Anya Seton, Rosemary Sutcliff, and Hilary Mantel as writer of superb historical fiction.” —Suzanne Keen, author of Empathy and the Novel

“Much of a historical novel’s success lies in the author’s ability to accurately cement the story in its time and place, and Kennedy excels in this aspect with detailed descriptions of the daily life of her characters, from clothing to architecture to medicine.…
It is not necessary to read the first novel in the series to enjoy this book, but those finding this their first introduction to Catherine will surely search out the first novel to spend more time with this feisty woman in her richly detailed world.”
—Foreword Reviews 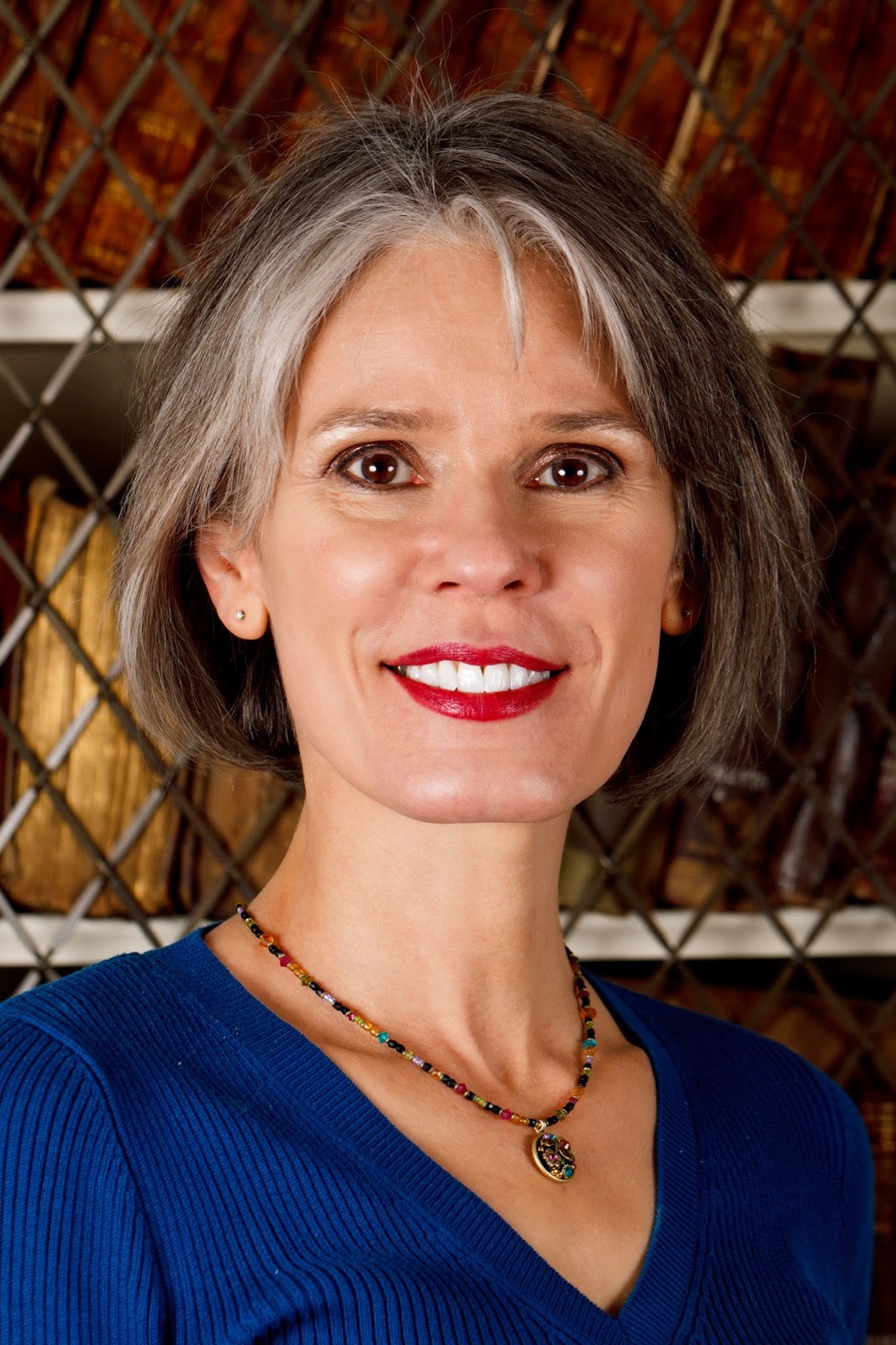 ABOUT THE AUTHOR
Sarah Kennedy holds a Ph.D. in Renaissance Literature from Purdue University and an MFA in Creative Writing from Vermont College. The author of seven books of poems as well as The Altarpiece, book one in The Cross and the Crown series, she has received individual artist grants from the National Endowment for the Arts and the Virginia Commission for the Arts, as well as an award for scholarship from the National Endowment for the Humanities. She teaches at Mary Baldwin College in Virginia. Her website is http://sarahkennedybooks.wordpress.com/.