Spotlight on John A. Connell's Ruins of War 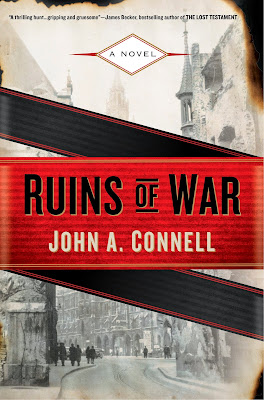 Winter 1945. Seven months after the Nazi defeat, Munich is in ruins. Mason Collins—a former Chicago homicide detective, U.S. soldier, and prisoner of war—is now a U.S. Army criminal investigator in the American Zone of Occupation. It’s his job to enforce the law in a place where order has been obliterated. And his job just became much more dangerous.

A killer is stalking the devastated city—one who has knowledge of human anatomy, enacts mysterious rituals with his prey, and seems to pick victims at random. Relying on his wits and instincts, Mason must venture places where his own life is put at risk: from interrogation rooms with unrepentant Nazi war criminals to penetrating the U.S. Army’s own black market.

What Mason doesn’t know is that the killer he’s chasing is stalking him, too.

“A thrilling hunt...gripping and gruesome.”
—James Becker, bestselling author of The Lost Testament

“John Connell's RUINS OF WAR is the best historical crime novel I've read all year. As vivid a sense of time and place as anything by Alan Furst, a killer as horrifying as any in Thomas Harris, and a central character I'm sure we'll be reading about for years to come.”
—Scott Phillips, author of The Ice Harvest and Hop Alley

“RUINS OF WAR is a well-crafted, classic police tale set in postwar 1945 Munich, a city that could double as the living room of hell. Mason Collins, a military cop, actually asked to be transferred there, and immediately has to find a killer who is preying on the citizens, adding terror to abject misery. Mason's pursuit of the madman takes him though a ruined landscape, filled with inhabitants as shattered as the city they live in."
—Larry Bond, author of Red Phoenix and Shattered Trident 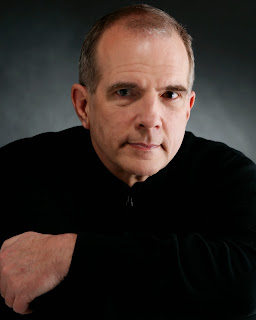 About the author
John was born in Atlanta, Ga., then spent his childhood in the suburbs of Columbus, Ohio, NYC, and D.C. before moving back to Atlanta at the age of 13. While at Georgia State University his fascination with human thought drove him to study Psychology, and when that didn’t satisfy his curiosity about the human spirit, he turned to Anthropology, graduating with a bachelor’s degree in Anthropology and a minor in Psychology. During that time and after graduation he was a keyboardist and singer in rock and jazz bands, while simultaneously dabbling in writing short stories. To work his way through college and beyond, he stumbled upon some rather unique jobs: stock boy in a brassiere factory, courier for the Georgia State Health Department delivering gonorrhea and syphilis cultures from OB-GYN offices, a repairer of newspaper vending machines, a stint as an apprentice machinist, and a printing press operator.

John’s love of storytelling is what compelled him to switch to a career in film, even though he knew nothing about film and no one in the business. He “logically” chose camera work (not knowing anything about film cameras either) as a way into the business. He started in the film business in Atlanta and then moved to Los Angeles and worked his way up the ranks in the camera department to become a camera operator for both movies and TV. He also worked as an assistant aerial cinematographer using helicopters that took him all over the world. He kept at the writing, frequently expressing his deep desire to fulfill that dream. And then someone finally said, “shut-up, sit down and write.” And so he did. Between film projects or during lighting setups, he studied the craft of writing and produced mostly action/adventure screenplays. He then toyed with the idea of making two of his screenplays into YA novels. That’s when he discovered the rich potential for storytelling that novels provide, and with it his true passion.

During this time he met and married a French woman in Los Angeles. While he was working on a hit TV show as a camera operator, his wife was offered an excellent opportunity in Paris, France. They jumped at the chance, though they’d just bought their dream house two months earlier, and John had the French language proficiency of a two-year-old! He’d always wanted to live in Europe, particularly Paris, and it provided him the opportunity to devote full time to writing. He still takes occasional film jobs in the US. He now speaks French moderately well, though hardly a day goes by when his wife doesn’t roll on the floor with laughter at his attempts.

Currently, his wife and he live in Versailles, France, trying suburban living for a while, but they miss the energy of Paris and plan to move back there next year.