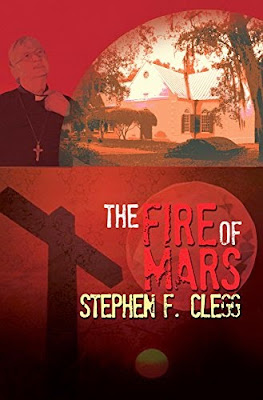 My name is Stephen F Clegg, I am retired, and I have never been busier!

I have always had an active and fertile imagination, and I have told my children and grandchildren stories all of their lives; indeed, to this day I have never been allowed to read anything to them, I’ve always had to make up stories on the spot. And it was this situation that prompted me to leave adult tales for them to read when I am no longer here, allied to a hope that they will recall those endless, happy days with my loving wife Jay, and me.

My first published novel was named Maria’s Papers, and it was based upon true events that happened to my great great Aunt Maria Clegg in the 1800’s.

She had been a diminutive, single, lady with limited means, tasked by her father to reclaim what they believed was a family-owned estate at the end of a long tenure, from a wealthy and ruthless family who insisted that they’d purchased it, and not leased it. But her tiny stature utterly belied her grit and steely determination. She fought a battle of attrition with them for seventeen years, until in 1870; she was incarcerated in a lunatic asylum for having ‘Delusions of Exaltation’.

I have never seen anything as ambiguous and open for translation as that outrageous charge, and after obtaining her pitiful and scandalous medical records in 2010, I, like others in my family, believe that somebody had paid to have her locked-up.

In recording these events in a fictional tale, I had to have an authentic feel of the 1800’s. It was necessary to carry out abundant amounts of historical research, and I grew to love it. It was fascinating, instructive, and I soon realised that it was rich in all sorts of story-telling possibilities.

My enjoyment in penning the first, led me to writing subsequent novels, all containing the same central protagonists in a series of stand-alone thrillers. My second outing was named The Matthew Chance Legacy; that was followed by The Emergence of Malaterre, and then my latest, The Fire of Mars. It was released in January 2015, and is a split-storyline historical fiction set in Charleston, South Carolina. It is centred on the real-life events of the SS Georgiana which sank off The Bay of Palms near Charleston Harbour, containing confederate gold, during the American Civil War.

I have been lucky enough to have three prize nominations for my work, and I’m proud to say that I was a finalist in The People’s Book Prize 2014.

I am now at the editing and proof-reading stage of my fifth novel, The Hallenbeck Echo, and I’m sixty-thousand words into writing my sixth, The Monkshead Conspiracy. They are all split-storylines, and all involving historical fact, and/or, fiction.

It is a genre I find irresistible. Not only does it afford me the opportunity to let my mind run riot with events of the past, it also gives me a real insight into how life was back then, and it makes me realise how lucky and privileged I am to be living in these times.

If you’d like to learn more about me or my novels, or if I can, in any small way, help anybody else interested in historical fiction, please feel free to contact me via my website www.stephenfclegg.com and I’ll do whatever I can.

About the book
At the latter end of 2006, a well-respected, married, church Deacon discovers the possible hiding place of a huge and valuable ruby named ‘The Fire of Mars'. He becomes obsessed by it, and dreams about finding it to be able to fund a new and exciting life with his secret lover. But when he becomes involved in a hit and run scam, everything changes - he needs it to escape his dilemma. Thereafter his life and his actions begin to spiral down to depths he never thought possible.

In November of the same year, historic researcher Naomi Wilkes and her husband Carlton, arrive at St Andrew's church in Charleston, South Carolina, in pursuit of the same stone. And none of them have any idea of the scale of horrors they will unearth... 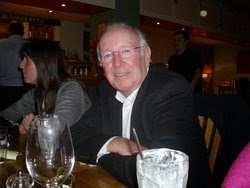 About the author
Stephen Clegg was born in Stockport in 1947. He is retired and happily living on the south coast of England with his wife, children and grandchildren. In 2012 his first novel ‘Maria's Papers' was released. His second, ‘The Matthew Chance Legacy' became a finalist in ‘The People's Book Prize 2013/14', and his third ‘The Emergence of Malaterre' was released in April 2014. This is his fourth outing, with more to follow.
Posted by Michelle Stockard Miller at Monday, May 18, 2015